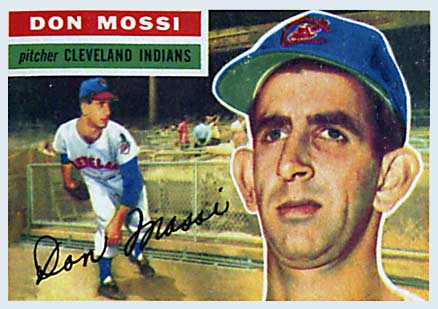 Are you a real baseball fan? A true baseball fan? Don’t reply too quickly because membership in this exclusive club requires certain criteria. Can you answer yes to most of the following questions…

> Do you still have a vivid memory of that Home Run you hit in Little League?

> Does it take you back in time when you remember that first autograph from a major leaguer?

> Did you study statistics and do you still know the lifetime batting average of your favorite player?

> Is there at least one big league jersey hanging in your closet?

> Do you have a T-shirt that shows an outline of the state of Iowa and says, “Is This Heaven?

> Does a 3-2 count with the bases loaded still put you on the edge of your seat?

> Is there a Bill James publication somewhere on your bookshelf?

There are dozens more on the baseball SAT, but you get the idea. This marvelous sport we love is part of the fabric of our lives. If you’re a baby boomer or a millennial, the history of the game speaks to you and you’re always ready for a baseball-themed conversation…or debate. You can probably name most of the 32 players who have reached 3,000 hits but a football fan wouldn’t even know some of the 31 players with 10,000 career rushing yards if you gave them the names. If you doubt that, ask some of your Fantasy Football buddies about Thomas Jones or Corey Dillon.

So, as we celebrate the history of the game and the wonders of the 2019 season, let’s take a look at who the sport lost in the past year…

> Frank Robinson, Reds / Orioles OF 1956-1976 – The only Hall of Famer on this year’s list, his accomplishments are legendary. Hit .294 with 586 HR’s and a .926 OPS. Was a Rookie of the Year and won MVP Awards in both leagues. Went on to become the first African-American Manager in baseball with the Indians in 1975.

> Ron Fairly, Dodger / Expos OF 1958-1978 – A productive player who made two All-Star teams and had over 1,900 lifetime hits. As a Mariners broadcaster, he once said “Last night I neglected to mention something that bears repeating”.

> Eli Grba, Yankees / Angels P 1959-1963 – Was the winning Pitcher in the first game of the Angels franchise when he bested the Orioles and Milt Pappas on April 11, 1961. Ted Kluszewski supported him with two HR’s and had 5 RBI’s that day.

> Pumpsie Green, Red Sox SS 1959-1963 – A footnote in baseball history, he was the first Black player on the last team to integrate…12 years after Jackie Robinson debuted with the Dodgers.

> Don Mossi, Indians P 1954-1965 – One of the top relievers in the AL for the good part of a decade, he had 101 Wins & 50 Saves. His appearance was dominated by the size of his ears and it was once said that when he was walking away from you, it looked like “a cab with both doors open”.

> Gene Stephens, Red Sox OF 1952-1964 – Mostly a back-up during his career, he tied a major league record in 1953 by recording three hits off three different Tiger hurlers in the same inning!

93 former big-leaguers died in 2019 and if you’re a real fan, you’ll remember many of them. There were guys who played in the early 50’s like Dick Brodowski, Ted Lepcio, Hal Naragon & Irv Noren,, guys with famous names like Larry Howard and guys with nicknames like “Tex” Clevenger. And, a few more who played at least ten seasons in the majors such as Jim Coates, Bobby Del Greco, Andy Etchebarren, Al Jackson & Barry Latman. Sadly, there always seems to be a few who leave too soon…thinking of Chris Duncan and Tyler Skaggs.

They’re all part of the history because they were all in the “Show”.