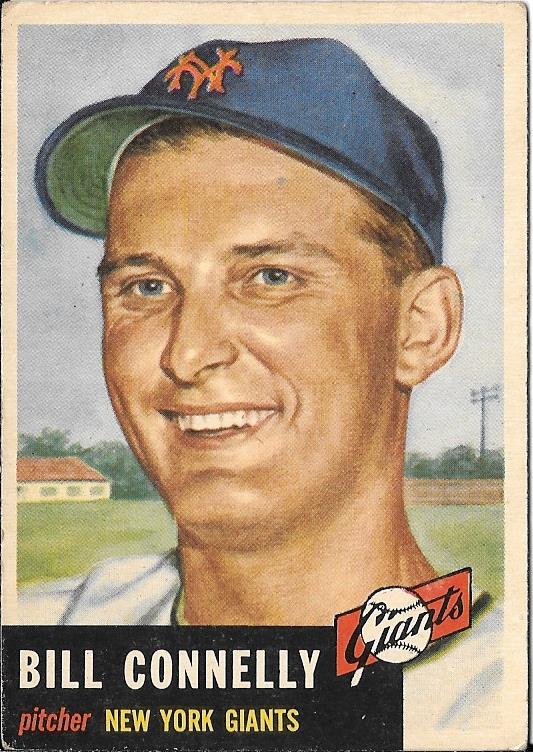 The four beautiful golf courses in my community have a set of tees slightly shorter in distance than the regular (white) tees. They are gold in color (maybe referring to the golden years?) and are called the “Vintage” tees. At this stage of my life, I’m proud to play from those tees and the name seems much more palatable than “Senior” tees.

Another reason for my positive attitude is the fact that I’m a collector and fan of vintage baseball cards. There is some difference of opinion as to where the line is drawn between vintage and modern (maybe around 1975) but there’s no question that cards from the 50’s & 60’s fall into the vintage category. Each time I purchase a collection with cards from this era, it brings a flood of baseball memories that go back to my childhood.

Last week, a collection came across my desk that included 100+ cards from the 1953 Topps set. They weren’t in great condition (then again, neither am I) but nostalgia isn’t based on a card being pristine. Even though the first Topps set in 1952 is more famous, there may not be a more beautiful card format than the ’53’s. Instead of photographs, the players are depicted by a beautiful line drawing in full color that makes every card a work of art. The set includes many famous players like Mickey Mantle & Willie Mays but also 272 other players who made their mark on the game. If you’re a vintage fan, the names will be familiar…if you’re a younger fan, consider it a history lesson. Let’s look at who we found in this magic box.

> Allie Reynolds (#141), Yankees P – Nicknamed “The Chief” due to his Native American heritage, he was a mainstay of the Yanks rotation in the 50’s.

> Joe Nuxhall (#105), Reds P – The youngest player to ever appear in a major league game, he was a 15 year-old High School phenom who pitched in one game in 1944. Eventually became the Reds long-time broadcaster with the nickname of the “Ol’ Lefthander”.

> Sibby Sisti (#124), Braves IF – His given name was Sebastian and he played 13 seasons as a utility player with the Braves in Boston & Milwaukee. The next time you watch “The Natural” and see the Pirates Manager go the mound, that is Sibby Sisti.

How about some of the great nicknames of that era…

It never gets old having baseball history in your hands.