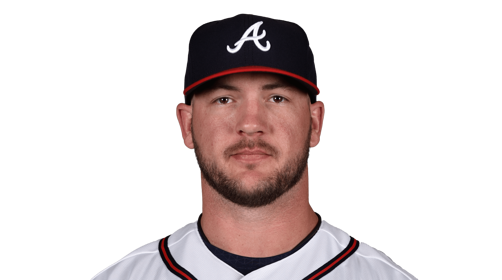 Watching the D’Backs – Braves telecast earlier this week, the broadcast crew was talking about a stat that was so hard to believe, they had to check it twice. Atlanta’s starting Catcher Tyler Flowers was only 2-for-40 in throwing out baserunners during the 2016 season. An old-school fan would hear that number and assume that Flowers was a terrible Catcher and a detriment to his team.

This old-school / analytic fan didn’t jump to that conclusion because earlier this season, I took the time to read “Big Data Baseball” by Travis Sawchik. It is the story of the Pittsburgh Pirates resurgence starting in 2013 and how they got ahead of the curve regarding baseball analysis. This mid-market team with a limited payroll, found ways to win that confounded the experts. Defensive shifts, pitching adjustments and pitch-framing helped them turn around a 20-year losing streak. Possibly the most important move they made was signing a Catcher that had lost much of his appeal and was coming off a season where he batted just .211. His name is Russell Martin and the two-year $15 Million deal turned out to be life-changing for the Pirates & Martin.

In  both 2013 & 2014, Martin finished in the top ten for all MLB Catchers in the amount of runs saved through pitch-framing. If you think that statistic is a bunch of hooey, consider this…in 2015, the Blue Jays signed Martin (at age 32) to a five-year, $82 Million free-agent contract. The Pirates could no longer afford him, so they acquired Yankees back-up Catcher Francisco Cervelli to take Martin’s place. That season (2015), Cervelli rated out as the best pitch-framer in baseball and the Pirates locked him up with a three-year, $30 Million deal that starts next season…he’s making $3.5 Million in 2016. Who was a close second in the ’15 ratings? You guessed it…Tyler Flowers.

What does pitch-framing mean? With today’s video technology, it has become rather simple to determine the number of called strikes caught outside the strike zone. That isn’t the only criteria, however, as Catchers can be guilty of catching a pitch in the strike zone that ends up being called a ball by the umpire. All of this, and more, goes into the overall ratings. If you’d like to see the formulas and better understand the statistic, go to statcorner.com.

If you’re a real baseball fan and actually watch at-bats and how they play out, you can begin to understand how this unique ability can change the dynamic of the game. The difference in success when the hitter is ahead in the count as opposed to being behind in the count is something even old-schoolers understand.

So, who are the best framers for 2016 through August 22nd? Buster Posey of the Giants leads the way and he was 4th last season. Dodgers backstop Yasmani Grandal is 2nd and he finished 3rd in 2015. Jason Castro of the Astros and Miguel Montero of the Cubs are 3rd and 4th respectively. Both were in the top ten last season.

As for our friends Flowers, Martin & Cervelli, they’re all in the top ten again. Maybe this is a baseball skill after all.

2 thoughts on “I’ve Been Framed”