In our community, we have a very active and enthusiastic sports interest group. Headed up by a retired New York City schoolteacher, who is also the world’s biggest Giants fan, we’ve been fortunate enough to have visits from Fergie Jenkins, Josh Hamilton, Matt Williams, Hall of Fame Baseball Executive Roland Hemond and dozens of other sports luminaries. Each Spring, as our homage to Spring Training and the new baseball season, we host a baseball panel discussion on a particular topic. In the past, we’ve reviewed the “Golden Age of Baseball” (the 50’s & 60’s), debated the Hall of Fame, previewed the upcoming season, rated the top ten players at each position and discussed the ten greatest teams of all time. This time, we utilized the Sports Illustrated coffee table book about baseball to put together the decade All-Star teams of the 50’s, 60’s & 70’s.

Last week in front of an enthusiastic audience, each of the six panelists presented either the AL or NL squad from a particular decade. My responsibility was the AL All-Star team of the 50’s and my comments were as follows…

You’re probably wondering how I was chosen to present the AL All-Decade team of the 1950’s. Obviously, I’m much too young to have seen any of these players and would have very little first-hand knowledge of their talent and exploits.

That concludes the humorous portion of this presentation.

In reality, I spent many days & evenings at Fenway Park in the 1950’s watching my beloved Red Sox battle the other teams in the American League and had the privilege of seeing all of our All-Stars in person. So, let’s get started with the man behind the plate..

One of the most beloved characters in the game, we lost him just last September at age 90. In later years, people knew him for his outrageously funny remarks, TV commercials and personal appearances. But unless you saw him play in the 1950’s, you can’t possibly appreciate his talent as a player. During the decade, he won three AL MVP awards and from 1950-56, he never finished worse than 4th in the MVP balloting. He hit over 20 HR’s in nine straight seasons and had 100+ RBI’s five times. This was all in addition to his defensive skills, the handling of Pitchers and incredible durability, catching as many as 140 games in five different campaigns. His salary in 1955, when he won his third MVP, was $50,000. Lawrence Peter Berra was elected to the Hall of Fame in 1972. And don’t forget, when you come to the fork in the road…take it.

Another member of the Yankees dynasty, his nickname was “Moose” and he was the kind of gritty player that fans loved. A member of five consecutive All-Star teams starting in 1957, he was on the winning team in five World Series during his career. His highest salary in the 50’s was $22,500. As opposed to Catcher, where there were no challengers to Yogi, a number of other 1B could have easily been considered for this honor including Mickey Vernon & Ferris Fain.

At 5’10” and 160 pounds, this diminutive infielder exemplified the term “scrappy”. As the lead-off hitter for the Pale Hose, he made the All-Star team 11 consecutive times starting in 1951. He led the league in hits four times during the 50’s and won the league MVP award in 1959. He earned $45,000 that year. Three Gold Gloves gives you an idea of his defensive skills and he entered the Hall of Fame in 1997.  The next tier of 2B included Bobby Avila & Pete Runnels.

At age 22, he burst on the scene in 1953 and led the AL with 209 hits while winning the Rookie of the Year award. The following year, he led the league in hits again and made his second of eight consecutive All-Star teams. He won the batting title in ’59 by hitting .353. When you think of the way baseball is played today, consider this statistic…during the 1950’s, Kuenn walked a total of 320 times and struck out only 204 times. Other candidates for this squad would have been Gil McDougald & Ray Boone. His best paycheck with Detroit was $35,000.

Originally a Yankee prospect, he was traded to the Senators in 1952 and achieved mixed results. Upon being traded to the BoSox in 1954, he exploded on to the scene. Led the AL in RBI’s three times in the second half of the decade, he won the AL MVP in 1958 beating out many of the stars already mentioned. An outstanding athlete, Jensen was an All-American Halfback at the University of California in 1948 before going into professional baseball. Other contenders for this spot were Vic Wertz & Al Kaline, who could have been chosen just as easily.

This slick left-hander went 9-1 as a rookie in the 1950 and then spent the next two seasons in military service. Once he got back in the Yanks rotation in ’53, he had the highest winning percentage of the decade with a 71% figure. “The Chairman of the Board” led the AL in Era in both ’56 & ’58 and continued his dominance well into the 1960’s. At the end of the decade, he was being paid $31,000. He’s still with us today at age 87. There were many great pitchers during the 50’s including Early Wynn, Mike Garcia & Bob Lemon of the Indians as well as Bobby Shantz & Billy Pierce.

The game was much different in the 50’s and bullpen usage was one prime example. Unlike today, where hard-throwers are groomed to become Closers, the bullpen guys of the this bygone era were usually former SP’s who could no longer handle the rigors of 35 starts in a season. Kinder led all of baseball with 96 Saves in the 50’s, but how he got there was a marvelous story. He didn’t get to the majors until age 31 and in 1949 (at age 34), he was one of the best SP’s in the game with a record of 23-6. By 1951, he had moved to the bullpen and led the AL in Saves in both 1951 & 1953 and was a major league pitcher into his 40’s. As the best reliever in baseball, his highest contract was $22,500. Other names in this category were Gerry Staley & Allie Reynolds.

The only 1950’s AL MVP not already mentioned was Phil Rizzuto in 1950, but his career was essentially over by ’53. Cy Young Awards weren’t given out until 1956 and even then, there was only one winner for both leagues. The only AL pitchers to win were Bob Turley in ’58 and Early Wynn in ’59.

Following our presentation, the audience added a very spirited Q & A session with lots of great input. Now, we’ll have to come up with next year’s topic…hope you can join us. 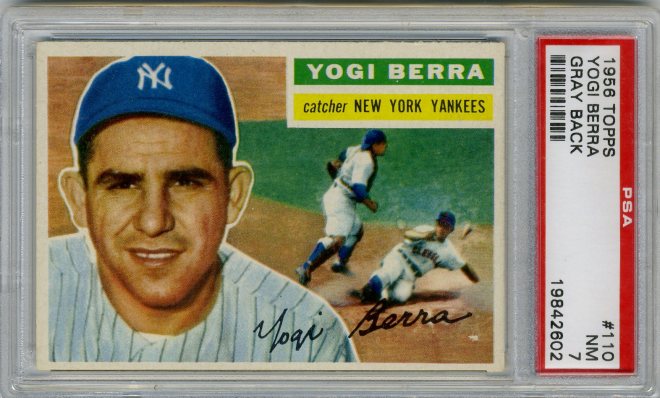