If you’re even an occasional reader of this column, you know that the Old Duck is a 30+ year veteran of Rotisserie Style Auction Keeper Leagues. With over 25 championships in about 70 Drafts, it is what I relish and look forward to each year. However, once a year, the dreaded Snake Draft enters my life for one very good reason. The young man who hosts the league (on ESPN.com) is like a son to me and if he asked me to join a Camel Race Fantasy League hosted by Al Jazeera, I’d probably say yes.

Even though I know a beautiful girl who once had a pet Boa Constrictor named “Julius Squeezer”, I hate snakes…both in person and of the Fantasy variety. To me, having 10 or 15 or 20 players go off the board without the opportunity to bid, just penalizes me for doing solid research. And, if one of the Roto combatants forgets to show up on-line, you can bet the “auto-draft” spot will be right in front of me.

This time of year, if you follow Fantasy Baseball at all, it is impossible to avoid Snake Draft advice. It comes at you from everywhere…newspapers, websites, magazines, Satellite Radio and friends. The number of strategies are mind-boggling and include…

> Memorizing the average draft position (ADP) of every player in the universe.

> Drafting players for their future instead of their past, also known as the “Upside” plan.

In order to avoid having my brain explode, I’ve used none of those strategies and still managed a championship and two 2nd place finishes in the short history of the league. In 2015, the Ducks 9th place finish was assured early when we chose Ian Desmond in Round 2 (choked in his walk year), George Springer in Round 3 (injured) and James Shields in Round 4 (gave up HR’s in Petco?). Then there were the injuries to Yadier Molina & Josh Harrison…well, you get the idea.

Part of my occasional past success is from a fairly good knowledge of the player pool, as I’m boning up for NL & AL only Drafts that take place in late March and early April. Logically, however, it seems that the overall approach of the last 30 years still works and it is a mind-set of “balance”. So, while the Long Island Ducks (we all incorporate the name of a minor league team) do have a tendency to wait on pitching, it is more about balancing the roster to leave flexibility as the Draft progresses. Ideally, after ten rounds, the roster should include at least one player at each position (C, 1B, 3B, 2B, SS, OF, SP & Closer) along with a 2nd OF & 2nd SP. After that foundation is established, looking for value is the priority. If you’ve already read columns from multiple sources about the players they drafted, this might be a cure for insomnia. With that disclaimer, my hope is that the strategies and player choices will be of value to you in your upcoming draft.

This is a 15-team mixed league with 22-man rosters (1 Catcher) and three reserve picks. The random order one hour prior to the Draft gave the Ducks the 12th pick, which didn’t seem great at first, but a close analysis of the top 15 players made me feel better. Even though this a Snake Draft, my logic is to use dollar projections as if it were an Auction Draft. What I found is that there were 14 players on my list that projected to be worth $30 or more…so I was guaranteed to acquire one of those guys. As we work our way through the results, you’ll see the ADP (Average Draft Position) for each player as a point of reference. The ADP rankings are as of the date of the Draft (3/13).

At this point, five of my $30+ projected players were still on the board and considering that my team had another pick coming six spots later, there was an outside chance the Ducks might get two of them.

I liked him better than ADP because of the SB category and the middle infield scarcity. There was going to be power available in Round 2 and I had his value at $37

Miguel Cabrera was in the queue for this pick, but was taken right in front of me. It was Correa or Mookie Betts in this spot and I opted for the SS.

As expected, the SP run started early…Scherzer, Arrieta, Sale & Bumgarner all went in Round 2 while Harvey & G.Cole went ahead of me in Round 3. I had Fernandez rated ahead of three of those guys and couldn’t really wait any longer. deGrom & Keuchel went at the end of this Round.

Had to have a power hitter in this spot and was looking at J. Upton when he went two spots earlier. Then CarGo was taken, leaving Cespedes for the rest of us.

Nine 1B has been taken by this time and he was far and away the best one left on the board.

By this point, a run on Closers had begun and the Ducks couldn’t wait another 22 picks to make this decision. I had him projected as the 6th best Closer overall.

I’m not a fan of this player due to his inconsistency and injury history. He’s also a failure in the eyes of Fantasy players because he’s never duplicated that $50 Roto season of 2011. With that being said, if you didn’t know the name of the player and I told you that a 31 year-old OF had averaged 152 Games, 24 HR’s, 95 RBI’s, 10 SB’s and a .276 BA over the last two seasons, you’d probably take him with pick #102.

This looks like a real blunder compared to his ADP, but I have him projected as a $17 player and he qualifies at three positions. People forget that he was an All-Star in 2014 and he plays this year at age 27.

Hesitated taking another Closer this early, but the “pickens” were getting slim. With the injury to Capps, he should gather lots of Saves

Another reach compared to ADP, but I wanted to fill the Catcher spot on the roster. On my sheet, he’s the 7th best Fantasy backstop and could provide double digit HR’s & SB’s. With no position holes on the squad, it was now about value and reading the nuances of a particular draft.

Not an ace, but should provide decent numbers moving to the NL and a Pitcher’s park

Isn’t it weird when your pick aligns exactly with the rest of America?

A little surprising to find him available at this spot. Just touching the surface of his enormous potential, he has #1 stuff.

As the lead-off hitter for the Cubs, doesn’t he seem destined to score a “ship load” of Runs?

A “Rodney Dangerfield” type pitcher because he gets no respect. All people remember is that he didn’t pitch well in the post-season, but he had 172 K’s in 170 IP in ’15.

Probably not a good pick, but would you rather have David Wright or Luis Valbuena instead?

A real crap shoot here, but you have to think the D’Backs financial commitment to him equals a long leash.

#5 starters aren’t a good idea, but there wasn’t much quality left.

Another Cuban with a big contract, the Braves need to see what they have moving toward 2017.

The first of 3 reserve spots, this guarantees not having to find a Catcher on the free agent list in case of injury.

Probably won’t make the opening day roster, so he might be the first player cut. (Note – two days after writing this, I replaced him with Alex Colome, who might get some Saves in Tampa Bay due to Boxberger’s injury)

At the conclusion of the draft, you can click on a link that shows predicted standings based on ESPN projections. The Ducks are shown in 14th place with 63 points. Did I mention that I hate Snake Drafts? So, is there a light at the end of the tunnel or is it a locomotive? My dollar projections say that the 22 active players have a value of $295 in a theoretical $260 league…that doesn’t seem like a 14th place team. When the stats are run for the 22 Ducks and compared to last year’s standings in the same league, it seems more like 95-100 points rather than 63. Who is correct? As always, only time will tell.

The really good news is that I don’t have to do this for another year. Best of luck in your Draft. 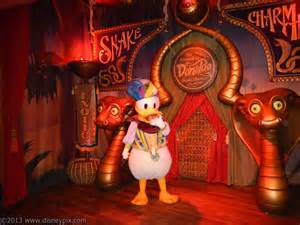