How would you like to be invited to participate in the most unique Fantasy Baseball league in the industry? Looking back to 2002, the Old Duck was thrilled to be part of the Xperts Fantasy League (XFL), the vision of Ron Shandler and the first industry keeper league. Some of the most respected pundits and players of the game were kind enough to invite three “challengers” to be included as part of the 12-team group. As one of these home-league players, I was nervous and excited to sit down at the draft table that November and test my skills against the best.

As we enter our 18th season, it has been a great ride for this lifetime baseball fan. We’ve expanded to 15 teams and the camaraderie established over the years has led to genuine friendships with a great group of guys. And, to my surprise, the Quacker has turned out to be a decent player with championships in 2005, 2009, 2011 & 2012 and the best overall record.

Of course, this year will be unique with the shortened schedule and a plethora of strategic challenges. How many starting pitchers will go five innings? How will the DH in the National League impact the values of certain players? Are the “long men” in the bullpen more valuable as they have more opportunities to be the winning pitcher? Will we see more top prospects because the service time guideline is shorter?

The XFL is a 5×5 keeper league (with OBP instead of BA) that has an auction budget of $260 for 23 players. We conduct the draft only a month after the baseball season ends and no research (or computers) are allowed at the table. Utilizing just MLB depth charts handed out prior to the first player being nominated, it is a test of your player-pool knowledge and prognostication. There is a significantly high inflation factor because many of the players on the keeper lists have salaries much lower than their projected values. Here’s the roster of Donald’s Dux (“K” for keepers, “D” for drafted) following the November 2019 draft… 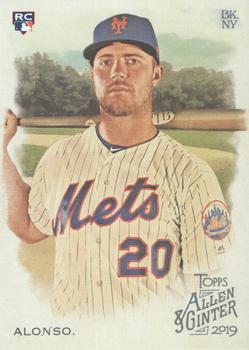 To lend some insight into the keeper salaries, players drafted in the auction have their salary increase $5 each season. So, for example, Woodruff was drafted for $6 the previous year. Any player who qualifies as a rookie has his salary increase only $3 each season. So, because the Dux drafted Moncada in 2017 before he appeared in an actual major league game, he is entering his 4th year on the roster. The league plays the season with 40-man rosters (23 active each week) and prior to opening day there is a supplemental, on-line, snake draft to fill the remaining slots. These legal supplements can have a huge influence on the success of your team because so much can happen between November & March (or this season, July). For the teams who drafted (or kept) Buster Posey, David Price, Chris Sale, Noah Syndergaard, Luis Severino & others, the first few rounds of this supplemental phase are critical to their team’s ability to contend.

Despite a strong 3rd place finish in 2019, the Dux 2020 roster looks weak. Puig has no home, Margot & Cooper aren’t guaranteed regular AB’s and there are a number of players with injury questions. The current projections from a well-respected site have the squad finishing in 11th place with the major weaknesses showing up in offensive counting stats along with ERA. What strategy would you employ? While a short-season theoretically gives every team more of a chance, would you cave in to treating this season as a re-build? Teams are allowed to have up to 15 keepers for the following season and looking at the roster and factoring in automatic salary increases, there are probably less than 10 keepers for 2021. That makes it very tempting to utilize the supplemental draft for prospects and younger free agents (who would be $6 next year). My competitive nature won’t allow me to completely “throw in the towel” and glaring holes will be filled because every team’s stats impact the standings. Realistically, however, youth might be the priority.

Now, a word about prospects. Due to deep rosters, teams are not shy when it comes to drafting young players low in the minors and holding them until they’re ready. This is one of the key elements to a “dynasty” format and the owners in this league know everything about projectable minor leaguers, international players, college players and even an occasional high-school star. In any given year, you could take a top-20 prospect list from your favorite publication or website and most of them are already on one of the XFL teams. The real gems in the 1st round of the supplemental draft are players who have rookie status and a major league job like Jose Abreu, who the Dux selected with the first pick in 2014. The closest “comp” this year could be Evan White of the Mariners, who is projected to play regularly from day one.

Of the top 25 dynasty prospects, 22 of them are already rostered on XFL teams. The three targets are Dylan Carlson, Marco Luciano & Jasson Dominguez. To that group, it probably makes sense to add Spencer Torkelson, the #1 pick in the recent MLB Draft. The Dux have the #2 pick in Round 1, so we’re guaranteed to get one of these building blocks. I’m too old to pick a 17 year-old (Dominguez) and with Torres at SS for years to come, Luciano wouldn’t be a priority. So, as I strategized the day before the Draft, it will be Carlson or Torkelson depending on who goes at #1.

Teams have very difficult choices in the initial rounds, as they need to balance filling holes on their roster with also acquiring some long-term talent. This year, as we gathered at our computers on July 20th, the wheels were turning for 15 separate owners and here are the  Round 1 results…

> 1.03 Spencer Torkelson – His bat is major league ready and no one is in his way in Detroit.

> 1.05 Austin Martin – Taken right behind Torkelson in the Amateur Draft.

> 1.07 Brandon Marsh – Not as highly touted as Jo Adell, but could be a big contributor in Anaheim.

> 1.11 J.J. Bleday – Another young OFand there should be plenty of room in the Marlins line-up.

> 1.12 Jeter Downs – The Red Sox are high on this middle-infielder.

> 1.14- Riley Greene – Another 19 year-old who will eventually be patrolling the outfield for the Tigers.

> 1.15 Ryan Braun – With the ability to DH (and avoid injuries), he can be a significant asset on a Fantasy roster.

Not surprisingly, 13 of the 15 choices in Round 1 were prospects.

Additional picks for the Dux roster…

> 2.14, Teoscar Hernandez – Still in his prime years, a power-hitting OF with some upside.

At this point, the Dux were satisfied with acquiring two OF’s to fill spots, two minor-leaguers who could be long-term keepers and a middle-infielder to add depth. The real challenge however, was that the Dux were now painted into a corner. Having traded both the 6th & 7th round picks last year during the pennant race, we had no picks between 5.02 and 8.14. That’s over 50 players going off the board before we got another choice. Not an ideal situation when you’re playing with this group of  sharks.

> 8.14, James Karinchak – It was time for some pitching and this electric arm could be the Indians Closer in the near future.

> 9.02, Kevin Gausman – Not an exiting pick but we needed some SP depth and the “pickens” were slim.

> 11.02, Nick Ahmed – Segura got injured earlier in the day…this is organizational depth.

> 12.14, Yan Gomes – Every team needs a 3rd Catcher in case of injury and there was a run of backstop mediocrity in this round.

> 14.01 (from a trade), Jared Oliva – Had a great Fall League last year and could lead-off for the Pirates someday.

All in all, a fairly productive draft. Added six prospects to go with Lewis & Pache, two everyday OF’s to fill in for Puig and Margot/Cooper, a 3rd Closer, an 8th SP, a 3rd Catcher and some 2/S depth. The GM won’t be sitting in the back of a cab saying “we coulda’ been a contendah” but there’s some brightness on the horizon.

More information and the league history can be found at fantasyxperts.com