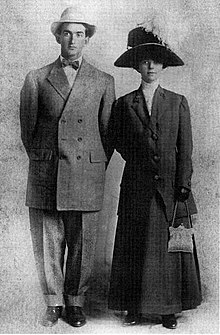 Shoeless Joe Jackson is one the most famous – and infamous – baseball players in history. Growing up poor in rural North Carolina during the 1890’s, he started working in a textile factory at age 7 and never had any formal education. What he could do, however, was play baseball. He played for factory teams and semi-pro clubs until 1908, when he became a professional with the Greenville franchise of the Carolina Association. By age 20, he was a star and led the league with a batting average of .346.

The Philadelphia Athletics signed Joe and he won minor league batting titles the next two years…at Savannah in 1909 and New Orleans in 1910, but A’s Manager Connie Mack didn’t think the shy, illiterate boy would be able to adapt to the big city of Philadelphia and traded him to the Cleveland Naps. As a rookie in 1911, he took baseball by storm by hitting .408 with 233 Hits, 45 Doubles and 19 Triples. He spent four seasons in Cleveland, was traded to the Chicago White Sox in 1915 and continued to play at the highest level, hitting .340 or better in four of the next five seasons.

The turning point for Jackson was in 1919 when the ChiSox won 88 games to capture the AL pennant with an opportunity to face the Cincinnati Reds in the World Series. Players on the team, fed up with the owner’s reluctance to pay them fairly, concocted a plan to go in with gamblers and fix the World Series. You can learn the whole story by watching the superb 1988 film, “Eight Men Out”. Chicago lost the best-of-nine game series 5 – 3.

Rumors were everywhere during the 1920 season, but despite the cloud of suspicion, Jackson had an amazing year…hitting .382 and leading the league with 20 Triples. The eight players involved eventually went to trial and were acquitted by the jury, but Baseball Commissioner Kenesaw Mountain Landis expelled all the players for life. It was the sad end of Shoeless Joe’s career.

In the late 1940’s, a young sports fan decided to build an autograph collection. The process was simple, but effective, as he would send a self-addressed post card in an envelope with a note to the player (or team) asking them to sign the postcard and mail it back. In the days before eBay, auction houses and the marketing of autographs, athletes were happy to fill the request. The youngster would cut out the signature portion of the returned post card and tape it an album along with pictures and articles of the players. As he grew up, the collection began to include many signatures acquired in person at games and other events. The end result was a collection that included thousands of autographs from ballplayers of multiple generations.

That young boy from the 40’s passed away earlier this year and the two stories intersected recently when his Wife asked me to assist in appraising – and eventually selling – autographs from the collection. The starting point were three binders from the beginning of the project that were completely disorganized…torn newspaper clippings, discolored tape, little loose remnants of 70 year-old post cards with signatures of long-forgotten athletes. Looking through the first binder, however, caused this old baseball fan to stop and stare. In my hands were the signatures of Hall of Famers such as Pepper Martin, Carl Hubbell, Paul Waner & others. Were they in nice condition? Absolutely not! Were they genuine? Even though independent authentication will be necessary, there is no doubt that they’re real.

By the time I opened the second binder, it felt like a treasure hunt as Rube Marquard, Harry Caray & Zack Wheat appeared. As the next page turned, could this be true? Was this really an autograph of Shoeless Joe Jackson? My expectations were tempered by the history of the player. He was, of course, illiterate and in a famous scene from the movie, Jackson (portrayed by D.B. Sweeney) signs a government document with an “X”. On the flip side, it must have come from Jackson, as the post card was still intact and dated (1951). Checking with an authentication expert gave me the answer…yes, it did come from Shoeless Joe but it was signed by his Wife!

15 year-old Katie Wynn wed Joe Jackson in 1908 and they were married until he passed away in 1951. According to history, Joe only signed legal documents and did it in a painstaking manner by tracing the signature. As the years went by, Katie would answer the requests of fans by signing Joe’s name for him. So, instead of a five-figure autograph of Shoeless Joe, we have a memento from Katie Jackson. The good news, however, is that the third binder yielded autographs from Cy Young & Ty Cobb.

Baseball history before our eyes.