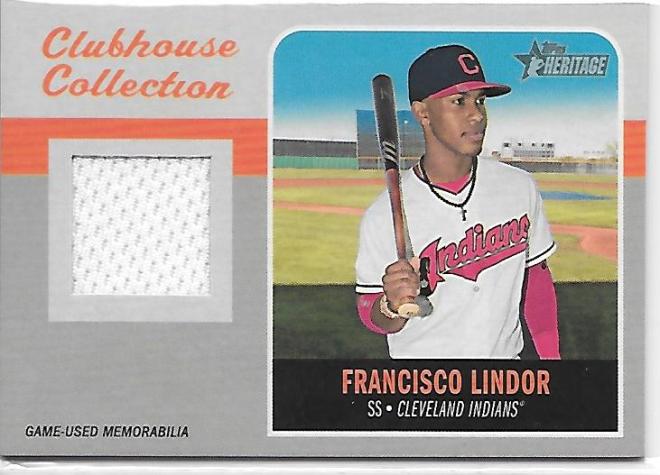 Everyone you know probably considers themselves an expert at something, but Fantasy Baseball players are at the top of the food chain. Even though we play the game for money and bragging rights, the real truth is that we actually think we’re smarter than MLB GM’s & Managers. After all, would Dan Straily be in your rotation? Or would Hunter Strickland be your Closer? Or would you have Hanley Ramirez as your DH when you’re a contending team? Or would you pay Yasmany Tomas over $10 Million to play in Reno? Or would you keep hoping that Matt Duffy will be healthy? The Old Duck participates in a 15-team Fantasy Baseball “experts” league where it is abundantly clear that each owner considers himself to be smarter than the other 14, but none of them would make those moves. It isn’t arrogance, only knowledge gained from experience.

Avid baseball card collectors are no different in their approach to the hobby. After watching card manufacturers flail away at each other in the 80’s and overproduce products in the 90’s to the detriment of the industry, it’s easy to criticize almost any product offering. Card enthusiasts are quick to complain about too few autograph cards, but also aren’t happy when the autographs are on stickers applied to the cards because they want the authenticity of “on-card” signatures. They also don’t like redemption cards (when players have not yet had the opportunity to sign), but also whine when the better players aren’t included in a product. It is the nature of the consumer to always want more for less and consider themselves smarter than the folks in charge.

In an attempt to remove myself from this category (even temporarily), I’m willing to admit that the people at The Topps Company are brilliant!

In 2001, Topps was celebrating the 50th anniversary of their entry into the baseball card business. They utilized the framework of their historical 1952 set to develop a new product. Topps Heritage came into the marketplace with current players pictured on cards that had the format of the iconic 1952 set. The detail of the set and the photography took collectors back to the time when packs were a nickel and included a stick of gum. The set was designed for card enthusiasts to build it completely by opening packs and sorting through the cards. It even had some of the quirks of the original like short-printed cards, checklist cards and even bubble gum…even though the gum was enclosed in a plastic wrapper. To all of this, Topps also added some autograph & relic cards to make the set even more attractive. The real draw, however, was the 1952 look and the opportunity for kids of the 50’s to build a new set of cards for the 2000’s.

Topps Heritage has been a consistent top-selling product at a mid-range price (around $3+ per pack) ever since. Each year, the cards mirror the old design of the appropriate Topps set with new players and this year’s release (which just hit stores last month), uses the 1970 card as its platform. If you collected cards in the 50’s, 60’s or 70’s, this is the product for you.

In the last few years, Topps has added a few more twists with short printed cards that have variations of throwback uniforms or an action image. They even tugged at old-timers’ heartstrings by randomly adding a section of white on some of the card backs emulating how they would have looked had a dusty piece of gum been sitting against the card…very cool!

The Old Duck purchases a few boxes each year and builds the set from scratch. Of course, you never really know what might appear inside the packs and the first box this year yielded a Shohei Ohtani “Action Shortprint” and a Francisco Lindor Game-Used Memorabilia card.

In honor of this year’s release, let’s look back at that beautiful 1970 set of 720 cards, which includes over 25 Hall of Famers. The card values are based on “Near Mint” (NM 7) condition.

> #712 Nolan Ryan, $150 – The high number run is slightly scarcer and the Express is highly coveted in nice condition.

In addition to these big tickets items, you’ll also find Ted Williams (as a Manager), Ernie Banks, Al Kaline, Frank Robinson and the only team card of the Seattle Pilots.