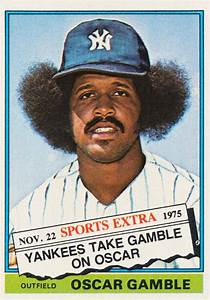 Are you a real baseball fan? A true baseball fan? Don’t reply too quickly because membership in this exclusive club requires certain criteria. Can you answer yes to most of the following questions…

> Do you still have a vivid memory of that Home Run you hit in Little League?

> Does it take you back in time when you remember that first autograph from a major leaguer?

> Did you study statistics and do you still know the lifetime batting average of your favorite player?

> Is there at least one big league jersey hanging in your closet?

> Does a 3-2 count with the bases loaded still put you on the edge of your seat?

> Is there a Bill James publication somewhere on your bookshelf?

There are dozens more on the baseball SAT, but you get the idea. This marvelous sport we love is part of the fabric of our lives. If you’re a baby boomer or a millennial, the history of the game speaks to you and you’re always ready for a baseball-themed conversation…or debate. You can probably name most of the 32 players who have reached 3,000 hits but a football fan wouldn’t even know some of the 31 players with 10,000 career rushing yards if you gave them the names. If you doubt that, ask some of your Fantasy Football buddies about Thomas Jones or Corey Dillon.

So, as we celebrate the history of the game and the wonders of the 2018 season, let’s take a look at who the sport lost in the past year…

> Rusty Staub, Astros / Expos & Mets OF 1963-1985 – One of the most colorful and popular players of his era, “Le Grand Orange” accumulated 292 HR’s and over 2,700 Hits in his career. He was also admired after his playing days for his contributions to numerous charities.

> Wally Moon, Cardinals & Dodgers OF 1954-1965 – Broke in with the Redbirds in ’54 and won the NL Rookie of the Year award. Joined the Dodgers in ’59 and his “Moon Shots” over the short left-field fence helped the team go on to win the World Series. An outstanding all-around player, he even had a Gold Glove on his resume.

> Tito Francona, Indians OF 1956-1970 – A 15-year major league veteran, his best seasons were in Cleveland where he made the All-Star team in ’61. Coming full circle, his Son Terry is now the Manager of the Tribe.

92 former big-leaguers died in 2018 and if you’re a real fan, you’ll remember many of them. There were guys who played in the early 50’s like Tom Brewer, Dick Cole, Sammy Esposito & Dean Stone, guys who were more infamous than famous like Jack Hamilton, guys with famous names like John Kennedy and guys with nicknames like “Doc” Edwards & “Moose” Stubing. And, a few more who played at least ten seasons in the majors like Bob Barton, Dave Nelson, Ed Roebuck, Carl Scheib, Lee Stange & Luis Valbuena.

They’re all part of the history because they were all in the “Show”.

One thought on “Are You A Real Baseball Fan”