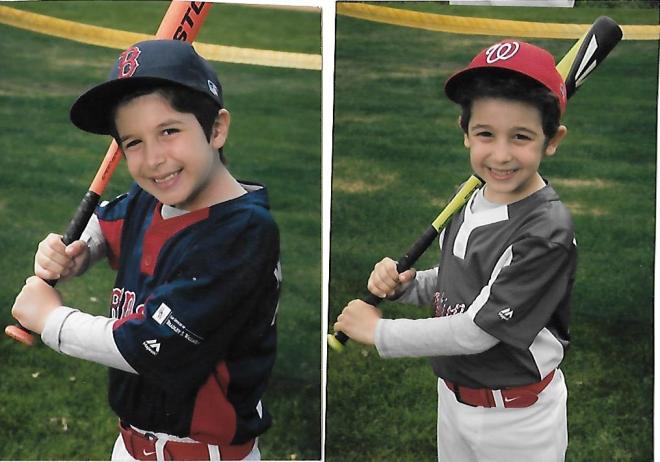 For those of you under the age of 50, the name George Plimpton might not be that familiar. If, however, you were coming of age in the 60’s, the late author and editor was consistently in the limelight of pop culture and sports. Long before the idea of “Fantasy” sports, his books and articles were unique in that he invented a genre known as “participatory journalism”. He used his connections and celebrity to take part as an amateur in professional sporting and entertainment events and then shared the experience with his readers in books and magazines. For old-school Rotisserie Baseball players, we even have him to thank for “The Curious Case of Sidd Finch” written for Sports Illustrated in 1985.

A few years ago, PBS aired a wonderful documentary on his life and it brought back so many memorable moments from his career. In the final segment, however, his son read a list of items from Plimpton’s “Bucket List” including one about learning to throw a knuckleball. That exercise struck me as a little strange because if there was ever someone who spent their life living out a “Bucket List”, it was George Plimpton. After all, he got in the boxing ring with Light-Heavyweight Champion Archie Moore, he pitched to Willie Mays at the All-Star Game, he played Quarterback in training camp for the Detroit Lions (creating the best-selling book “Paper Lion”), he was in goal for the Boston Bruins in an exhibition game against the Flyers (stopping Reggie Leach on a penalty shot) and suited up for the Boston Celtics. As if sports weren’t enough to fill his life, he was also close friends with most of the great writers of the era and part of the inner circle of the Kennedy family. The one participatory event in his life that he never chronicled in print was the fact that he pried the gun from the hand of Sirhan Sirhan after Robert Kennedy was shot.

At a certain point in your life, creating a “Bucket List” will be a natural phenomenon. And, if you’re a sports fan, many of the items will be self-explanatory. “Visit Augusta in Early April” might not mean much to some people, but it’s a clear goal to many. With all that being said, unless you’re Morgan Freeman and end up sharing a hospital room with multi-millionaire Jack Nicholson, you probably won’t put a check-mark next to a significant number of items on your list. In thinking about Plimpton’s list, maybe a better exercise is to review how many wonderful moments we’ve experienced up to now and not dwell so much on the ones not yet achieved. So, if you’ll indulge me, I’d like to challenge each of you to make up a list of the items that already have that check-mark. And, to keep it light, utilize sports as your source for the project.

Being as I have the floor, the Old Duck will go first. Let’s hope yours is even better.

> Playing Pebble Beach on a beautiful Spring day with my best friend (May 2006).

> Receiving a Varsity letter in High School sports (Wheelchair Basketball, 1962). I was on crutches for a year due to hip surgery and attended a school for the physically handicapped.

> Traveling to Toronto and visiting the Hockey Hall of Fame (1994).

> Experience being “mooned” by rowdy fans at Yankee Stadium (1988). And I wasn’t even wearing a Red Sox cap.

> Seeing a rookie named Bill Russell change the face of the NBA when he scored only two points but completely dominated the Knicks at Boston Garden in a 114-78 Celtic victory (January 1957).

> Collecting over 200 autographed Sports Illustrated covers and getting to meet some of the greatest athletes in the world during the process. Ernie Banks was the nicest and Dave Parker was the rudest (1985-2005).

> Walking across the Roberto Clemente Bridge on a spectacular Summer night to watch the Pirates play at PNC Park (2006).

> Traveling to Kansas City and visiting the Negro League Museum (2006).

> Being in the crowd at the Forum in Los Angeles on the night Wayne Gretzky scored his 802nd goal to break Gordie Howe’s record (March 1994).

> Traveling to St. Augustine, Florida and visiting the World Golf Hall of Fame (2008).

> Traveling to Cooperstown and visiting the Baseball Hall of Fame (2006).

> Doing volunteer work at the Los Angeles Urban League and having the thrill of meeting, and talking with, Ray Charles (1972). I know it’s not sports-related, but c’mon…it was Ray Charles!

> Meeting Bernie “Boom Boom” Geoffrion and telling him how much I hated the Montreal Canadians when I was a kid growing up in Boston. He smiled and said, “We sure kicked their ass, didn’t we?” (1986)

> Traveling to Springfield, Massachusetts and visiting the Basketball Hall of Fame (1998).

> Watching the Rams “Fearsome Foursome” scare the daylights out of QB’s at the L.A Coliseum (1966).

> Sitting in a luxury suite at Camden Yards on a night when Cal Ripken Jr. hit a Home Run (1993).

> Going on the court at Staples Center prior to a Lakers game and shooting free-throws to help raise money for charity (2001).

> Being a participant in the first-pitch ceremony on the field at Dodger Stadium (2006)…I was the Catcher. It was also “Old-Timers Day” and Maury Wills & Steve Garvey were not impressed with my skills.

> Witnessing Hall of Fame jockey Johnny Longden’s last race as he brought home George Royal in a stretch duel at Santa Anita Park in the 1966 San Juan Capistrano Handicap. At age 59, that brought his win total to 6,032.

> Capturing a Fantasy Baseball Championship in competition with some of the best experts in the industry (2005, 2009, 2011, 2012). Honestly, just being in a league with these guys would have made the list.

> Being in Pauley Pavilion on the UCLA campus the night Lew Alcindor played his first collegiate basketball game (1965).

> Looking out over the rocky coastline along the Pacific while playing Poipu Bay Golf Club in Kauai (1996).

> Crossing the frozen tundra to tour the Packers Hall of Fame in Green Bay on a perfectly bleak Winter afternoon (1994).

> Visiting the Cincinnati Reds Hall of Fame prior to a game at Great American Ballpark (2006).

> Having lunch at Harry Carey’s restaurant before an afternoon game at Wrigley Field (1991).

> Being a speaker on the same convention program with Billy Beane and talking with him about “Moneyball” (2005).

> Becoming a member of the Dana-Farber Society, which raises money for “The Jimmy Fund”. It is the official charity of the Red Sox and is dedicated to saving the lives of children with cancer (2011).

Two new and significant items have been added this year…

> Sitting in the stands watching two of my Grandsons play on opening day of the Little League season (February 2018).

> Attending Game #5 of the World Series at Dodger Stadium with my Son (October 2018).

Reminds me of that great song by Marc Cohn called “Saving The Best For Last”. Hope your bucket list includes being somewhere you love with a person you love.