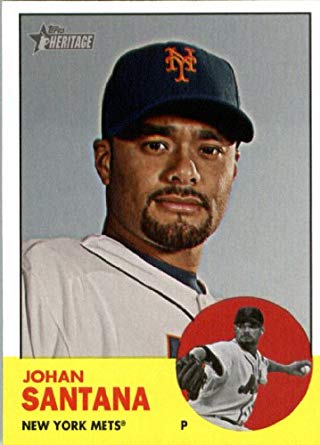 Bud Smith, Kevin Millwood, Jonathan Sanchez, Dallas Braden, Phillip Humber, Henderson Alvarez, Chris Heston, Mike Fiers, Edison Volquez, Eric Milton & Jose Jimenez (not the Astronaut). Even die-hard baseball fans might not recognize some of these names but they all have something in common. During the last 20 years, each of the players listed pitched a No-Hitter.

So, is a no-hitter really such a big deal? In those 20 years, there have been over 50 of them pitched at the major league level. Many other accomplishments are much more rare but Managers can’t seem to adjust their thought process, so they throw logic out the window when a no-hitter is in progress. The most recent example was last weekend when Braves Pitcher Sean Newcomb was hurling a gem against the Dodgers. He is 25 years old in his 2nd major league season and has started a total of 40 games with a record of 14-14. This isn’t some journeyman Pitcher taken off the scrap heap…he was the Braves #6 prospect before getting to the majors last year.

Whether you agree or not, today’s climate for monitoring young pitchers is clear…be careful, watch pitch counts, simplify mechanics, create innings limits and try to make the player a long-term asset.  On Sunday, however, the Braves (and Manager Brian Snitker) allowed Newcomb to throw 134 pitches before giving up a hit with two outs in the 9th inning. Newcomb’s average pitch count for 2018 is 98…in fact, none of the Braves starting rotation averages even 100. Of course, this is nothing new. Fiers was allowed to throw over 130 pitches for his 2015 no-hitter and Matt Moore threw 130+ in pursuit of a no-hitter on 2016 (like Newcomb, he failed). The following year, Moore had a 6-15 record with a 5.52 ERA and allowed the most earned runs of any Pitcher in the NL.

Interestingly, a similar situation happened earlier this season with a completely different outcome. Walker Buehler, the Dodgers best pitching prospect, had a no-hitter after six innings against the Padres on May 4th. He had throw 93 pitches and the Dodgers removed him from the game. Three relief pitchers contributed one inning each and completed a “combined” no-hitter, which still goes in the record books. As a player looks back on his career, which accomplishment is more impressive? Remember, Newcomb didn’t even get a complete game or a shutout.

This all brings to mind, two famous (or infamous) stories regarding no-hitters….

> Ironically, the number 134 pops up once more in June of 2012. Johan Santana was one of the best pitchers in baseball for eight seasons with the Minnesota Twins, winning two Cy Young Awards in the process. After being traded to the Mets in 2008, he had three solid seasons in New York before missing the 2011 season with arm injuries. Back on the bump in 2012, he found some of that old magic against the Cardinals. Despite the injury history, Manager Terry Collins allowed Santana to pursue the no-hitter even though the Mets were leading 8-0 by the 7th inning. Santana got his “No-No” by throwing 134 pitches and was never the same again. His record that season was 6-9 with a 4.85 ERA and he never pitched in the majors after 2012. As if that isn’t bad enough, if the current replay system had been in place that night, none of this would have happened because in the middle innings, a batted ball ruled foul was actually fair and should have been a hit. Santana would have been out of game long before taxing his arm. The Manager is the same Terry Collins who tried to take Matt Harvey out of that World Series game but let the Pitcher talk him out of it…the Mets lost the game and the Series.

> In the Summer of 1970, the Padres were working their way through a miserable season on the way to 70-92 record. On July 21st, Clay Kirby took the mound against the Mets and allowed a run in the 1st inning on a walk, two stolen bases and a ground-out. The Mets couldn’t get a hit against Kirby for 8 innings but the inept Padres line-up didn’t score a run and were losing 1-0 in the bottom of the 8th. In front of the home fans, Padres Manager Preston Gomez decided to pinch-hit for Kirby in an effort to tie the game, but the Mets went on to win 3-0. Gomez was booed and vilified for not allowing Kirby to continue his quest for a no-hitter. Gomez was a long-time baseball man who starting playing in the Minor Leagues in the 1940’s and had paid his dues by managing at AA & AAA before getting the job in San Diego. So, what should have been his priority…trying to win the game or helping a player achieve an individual milestone?

As with most players, we can assume that Sean Newcomb was caught up in the moment along with the Manager and the fans. If, however, the Braves are in the play-offs in 2019 with a rotation that includes Luis Gohara, Kolby Allard & Kyle Wright because Newcomb has arm trouble, will the fans that were in the ballpark last Sunday even care about Newcomb? What do you think?

3 thoughts on “One Day Of Glory”