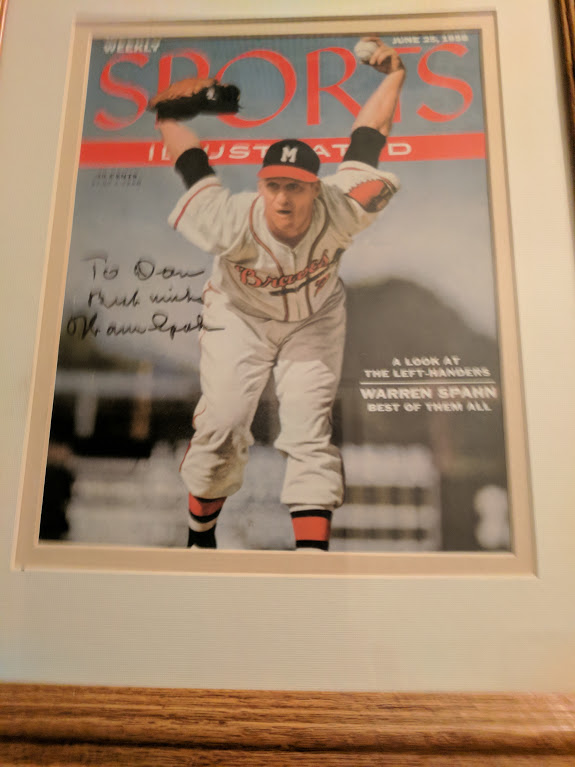 For most fans, baseball is about memories. Maybe that clutch hit you got in Little League or the first baseball card of your favorite player. How about the first big-league game you attended or even playing catch with your Dad? And, if you ask any fan you know if they have at least one baseball autograph, the answer will assuredly be “yes”.

Sports autographs can be linked back to the early 20th Century when Babe Ruth was more famous than the President of the United States. In fact, in 1930 the Babe was asked about his $80,000 salary and the fact that it was $5,000 more the than the salary of President Hoover and the Bambino replied, “I know, but I had a better year.”

Ruth became the first full-fledged sports icon and children would line up in droves just to see him and get him to sign a baseball they bought for 50 cents. Obviously, just like every other baseball fan, they didn’t know what they held in their hands. To them, it was a piece of their hero.

For me, the autographed baseball I got from Ted Williams when I was a 12 year-old will always have a special place in my home and my memory. In the 1980’s, I embarked on another project involving autographs. As a subscriber to Sports Illustrated Magazine since the 1960’s, I had saved many of the issues because of the beautiful photography…especially on the covers. A local sports-themed apparel store was having a grand opening with Dale Murphy signing autographs for free. I had a beautiful cover from his MVP season in 1983 and decided to take advantage of the offer. Then, I found out that my next-door neighbor was a cousin of Gary Carter, so he got another ’83 cover signed for me. At that point, I started to visit the exploding category of sportscard shows in Southern California and added Hank Aaron’s autograph on the SI cover showing his 715th HR from 1974. As with many “labor of love” projects, this one essentially developed a life of its own. Over the next 20 years, the collection expanded to almost 200 autographed covers. It completely overran my house and now fills every wall in my garage and a number of boxes on the floor. A few years ago, 30 of the covers (each signed by a baseball Hall of Famer) were part of a Spring Training display at the art gallery of the Peoria (Arizona) City Hall.

As you’d expect, every cover has a back-story, but today we’ll talk about Warren Spahn. One of the greatest pitchers in the history of the game, his story is amazing. He debuted in the majors during the 1942 season but only appeared in 4 games without a victory. Then, he served in World War II and missed the next three seasons. Back with the Boston Braves in 1946 (at age 25), he got his first win on the way to a record of 8-5.

In the mid-90’s when my autograph project was going full-bore, there was a huge collectibles show that afforded the opportunity to get multiple signatures over the course of a weekend. Spahn was one of the available guests and I managed to find a beautiful SI cover from 1956 showing him in that classic Braves uniform with his unmistakable wind-up. I waited in line patiently for the opportunity to get the autograph of this unique player. When he arrived, the fans were somewhat taken aback by his appearance. Like most players of his generation, he came attired in a suit  & tie (on a hot Summer day) and he looked much older than his years (early 70’s). The process seemed to be a struggle for him, but he was cordial and attentive to the fans. As I got closer to the head of the line, he could be seen leaning toward the show promoters and quietly telling them something. When it was finally my turn, he looked straight at me and said, “Would you mind waiting while I go take a piss”? The fans laughed and then applauded as he slowly walked toward the rest room. They applauded again when he returned and he smiled and asked me how I would like him to personalize the autograph. The result is what you see today.

Just one of 200 stories, but certainly one of my favorites.