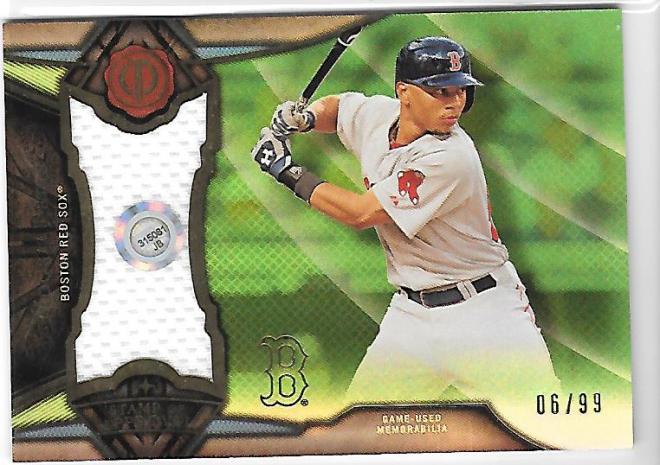 For Fantasy Baseball players, April can be an excruciating month. All that research you’ve done since last October is no longer just analysis, it is reality. As many pundits have reminded us, being impacted by a “small sample size” is a fool’s game but when players you counted on have already started to let you down, emotions often trump logic (my apologies for using the words “trump” and “logic” in the same sentence).

In November, the Old Duck wrote some “Picks n’ Pans” for The Fantasy Baseball Guide – Professional Edition that were published prior to the start of Spring Training. As I look at the standings in my three auction-style keeper leagues, how are my predictions doing in the early going? And, in some cases, was I smart or dumb to not take my own advice from four months earlier?

> Albert Almora, Cubs OF – In November, I was touting him as a youngster who might get more playing time in ’18. Then, when Ian Happ tore up Spring Training, Almora’s stock went down. Now that Happ has come back to earth, this prediction might not be so bad. He has a .831 OPS in April.

> Javier Baez, Cubs 2B – I panned him again this year due to the lack of plate discipline in his game. His 7 HR’s & 24 RBI’s in April are proving me wrong.

> Austin Barnes, Dodgers C – His significant playing time in last year’s playoffs led me to believe he’d get regular playing time behind the dish. Two (2) RBI’s in April says that isn’t the case.

> Mookie Betts, Red Sox OF – My suggestion to draft him at almost any cost has worked out well for Fantasy owners.

> Ryan Braun, Brewers 1B/OF – I told readers to not pay for more than 350 AB’s…his production has been solid, but he’s missing lots of games.

> Wilmer Flores, Mets IF – My hope was that the Mets would consider giving him regular playing time in his age-26 season…hasn’t happened yet but a .819 OPS over the last three weeks can’t be ignored forever.

> Cesar Hernandez, Phillies 2B – Told everyone to grab him and despite the ascension of Scott Kingery, Hernandez is playing everyday with a .431 OBP from the lead-off spot.

> Odubal Herrera, Phillies OF – Thought he would bounce back from a disappointing 2017…his .839 OPS in April tells the story.

> Zach Davies, Brewers P – Felt that his ’17 season was somewhat lucky…his April ERA of 4.45 appears to make the case.

> Arodys Vizcaino, Braves P – Thought he would be a solid choice as the Closer…not many Save opportunities so far, but the numbers look good.

Whoever you chose, don’t forget that it’s just a small sample size.

2 thoughts on “Panicking In April”