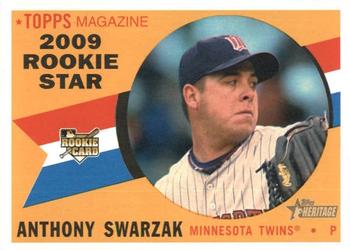 Today’s question is what would you do if, during the next nine months, you received $8 Million? Of course, there would tax obligations and with the current American median household income at about $59,000, you’ll need to do some significant planning. Maybe that $1 Million house on the hill, 2 or 3 new cars, trips to exotic places and college funds for the youngsters in the family? Or a few charitable contributions or surprise gifts (like a $10,000 check) for special people in your life? If you’ve ever purchased a lottery ticket, these things may have crossed your mind. After all, as Sam Spade once said, it’s “The stuff that dreams are made of”.

In today’s world of Major League Baseball, these dreams are not so far-fetched. Just train that young fellow in your family the ability to pitch a quality inning 3 or 4 times a week. How is this possible, you ask? Once you analyze the landscape of today’s baseball rosters, it will become crystal clear to you. When I first became a fan, only 9 or 10 of the spots on a 25-man roster were filled with Pitchers. There were 4 SP’s, 2 fairly solid guys in the bullpen and 3 or 4 old “war horses” who were no longer good enough to start games. Once free agency arrived and 5-man rotations became the norm, things started to change and today, specialization is the structure of a pitching staff.

If you’re the GM of a team today, your goal is to have quality arms to pitch the 9th inning (Closer), 8th inning (Set-Up Guy), 7th inning (Bridge Guy), 5th & 6th inning (Multiple Inning Guy), 3rd & 4th inning (Long Man) and even a hurler to get one batter out (Loogy = Left-Handed One-Out Guy). The importance of all this is clarified by looking at recent championship teams. The 2015 Royals only needed 5 or 6 innings out of their SP because Ryan Madson, Kelvin Herrera, Wade Davis & Greg Holland were in the bullpen. Relievers delivered 56 Saves for that team. The 2016 Cubs gave up their top prospect for a two-month rental of Aroldis Chapman. The 2017 Astros had three relievers with ERA+ ratings of 172, 148 & 133 (100 is league average) and still used SP’s in the post-season to get more innings out of bullpen.

The 2017-18 off-season has been slow for big money free agent hitters like J.D. Martinez, Eric Hosmer, Mike Moustakas, Lorenzo Cain & Carlos Gonzalez but the market for middle-relievers has been booming and the payoffs have “old school” fans scratching their heads. Let’s look at some these lottery winners who happened to find the incredible sweet spot between recent performance and free agency.

> Brandon Kintzler, Nationals, $10 Million (2 years) – A  33 year old soft-tosser who managed to get 28 Saves for the Twins in ’17 before being traded to Washington. He struck out only 39 batters in 71 innings last season, so beware of the correction.

> Mike Minor, Rangers, $28 Million (3 years) – You’re probably thinking this is a misprint. A once highly touted SP in the Braves organization, he didn’t pitch in the majors during 2015 or 2106. This past season, he posted 6 Wins, 6 Saves and incredible peripheral numbers for the Royals. Now this LH is viewed as the next Andrew Miller.

> Bryan Shaw, Rockies, $27 Million (3 years) – The ultimate lesson in stick-to-itiveness, he led the AL in appearances 3 of the last 4 years as a member of the Indians bullpen. GM’s love durability and now, at age 29, he’s rich!

> Joe Smith, Astros, $15 Million ( 2 years) – Another 30-something side-winder, his lifetime ERA (in 11 seasons) is 2.97. Essentially replaces Gregerson in the Houston bullpen.

Today’s advice – if you have an athletic boy in the family, take some money out of his college fund and buy a radar gun.