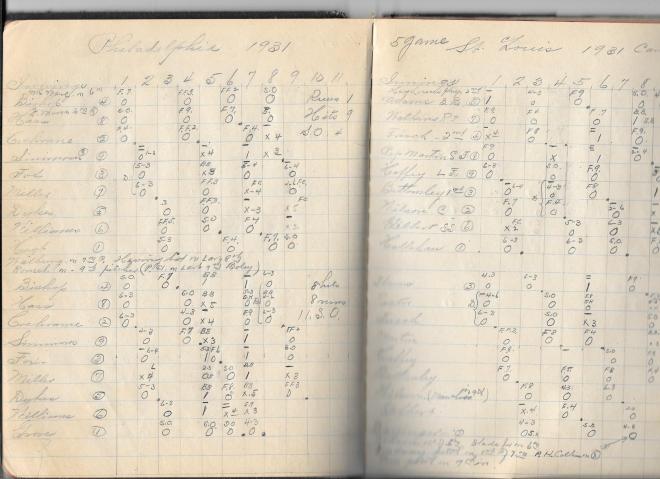 Baseball fans of today probably can’t even imagine sitting next to a radio in their home and listening to a ball game. There may be some debate as to whether it was Marconi or Tesla who really invented the amazing contraption, but there is no argument about its connection to the history of baseball.

The kids of the 1950’s were thrilled to have a $25 transistor radio that brought them baseball broadcasts. Today, a youngster can read tweets from their favorite ballplayer on an $800 Smartphone and check the results of a game in real time. But what about the generation of fans between the two World Wars?

In a recent SABR (Society for American Baseball Research) publication, a fascinating article by Donna Halper gives us a glimpse into the background of radio’s impact on the game. Did you know that major league baseball games weren’t even available on radio until the mid-1920’s? That was five years after Babe Ruth joined the Yankees. Prior to that time, fans of the home team could go down to the part of town where the newspaper offices were located and scores would be posted on boards after the results came through by teletype. Starbucks would have built a store on the closest corner.

Fictional Police Detective Harry Bosch (from the Michael Connelly novels) feels that every murder case has a “Crossing”. That’s when the investigation comes together with some separate facts or incidents that brings clarity to the puzzle. Reading the SABR piece gave me a “Crossing” moment with regard to baseball.

Numerous sports memorabilia collections come across my desk and not everything is easily categorized. One such collection had a small, well-worn black notebook and, at first, it didn’t seem to be sports related. On the inside cover was the name “Arlene” from Modesto, California and a date of 1910. Looking through a few dozen pages, it seemed to have been used for schoolwork, as there were references to geography, history and math. However, as the pages turned, an amazing piece of history came to light. Here, in pencil on two facing pages, was a box score from the first game of the 1930 World Series between the Philadelphia Athletics and the St. Louis Cardinals. After a few more pages of school notes, there was Game 2! Evidently, Arlene was obviously a big baseball fan and whenever she wasn’t burdened with schoolwork, she sat next to the radio writing down detailed information about the Fall Classic.

Thanks to Arlene and baseball-reference.com, we can tell you all about the outcome of these games. The A’s won that first game 5-2 behind the pitching of Hall of Famer Lefty Grove (he was 28-5 during the regular season). The Philadelphia line-up included 3 other HOF members in Mickey Cochrane, Al Simmons & Jimmie Foxx. Cooperstown is also well represented in the Cardinals line-up with Frankie Frisch, Jim Bottomley and losing Pitcher Burleigh Grimes. The Athletics (managed by Connie Mack) eventually won the title in 6 games with Grove hurling 2 complete game victories.

The remainder of the little black book was never used for homework again. The rest of the pages include box scores of every World Series through 1940. During that span, she listened to (and chronicled) the exploits of Hall of Famers called The Sultan Of Swat, Kiki, Gabby, Laruppin’ Lou, King Carl, Master Melvin, Goose, Dizzy, Ducky, Hammerin’ Hank & Joltin’ Joe.

It is an incredible artifact with history on every page and even though Arlene & I have never met, we’ve become great friends.

One thought on “The Little Black Book”