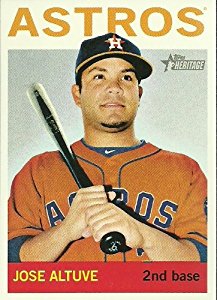 With the Winter Meetings on the horizon, let’s take a look at the relative value of the players in the game. In a sport awash with money, old-school fans often have difficulty wrapping their heads around the new levels of salaries and budgetary guidelines. With the average MLB salary now above $4 Million, how do we really know what a player’s contribution is worth? And do these contributions really make a difference in the standings?

In other words, what is their contribution to winning games? We’ve discussed WAR (Wins Above Replacement) numerous times in this space and that statistical outcome does impact decisions made by writers voting on awards and General Managers making deals. It has become a mainstream analysis over the last decade and can help clarify and justify some contract amounts. For example, if you believe in the WAR calculations, it confirms that Jose Altuve was the best player in the AL (8.3 WAR) and Giancarlo Stanton was tops in the NL (7.6 WAR). The fact that they each won the MVP adds to the credibility of the statistic. Cy Young Award winners Corey Kluber (8.1 WAR) & Max Scherzer (7.6 WAR) were also the best in their respective leagues.

Most baseball stat-heads believe a player is worth about $6-8M per win to his team and free agent signings give us a window into that formula. So, when you digest the upcoming free agent contracts of J.D. Martinez (2.6), Eric Hosmer (4.0), Yu Darvish (4.0), Jake Arrieta (1.9), Mike Moustakas (1.8) & Lorenzo Cain (5.3), see how close the formula comes out compared to the real world.

Each year at this time, we turn to another statistical measure in an attempt to gauge player value. The other stat that is team-result based is WS (Win Shares) as developed by the godfather of modern statistical analysis, Bill James. While trying to describe the formula is impossible (James wrote an entire book on the topic in 2002), it comes down to a system where each game a team wins during the season is meticulously analyzed and the three players most responsible for that win get a “win share”. So, if a team wins 80 games, there will be 240 win shares distributed on the roster. Position players will have a tendency to accumulate higher totals than pitchers, but it’s all about comparisons between players among positions. Only twelve position players had a number of 28 or better in 2017 and it’s difficult to take exception with the results – both MVP’s are on the list with Altuve at 35 and Stanton at 29.

1B – Joey Votto at 33 followed closely by Eric Hosmer at 30 and Paul Goldschmidt at 29.

3B – Anthony Rendon with 29 while last year’s MVP Kris Bryant & Nolan Arenado had 26 each.

2B – Jose Altuve was the best in the game at 35 while two others had amazing campaigns…Jose Ramirez with 28 and Daniel Murphy at 27.

C – Buster Posey topped the backstops with 22 and veteran Yadier Molina had 19.

OF – A crowded field found Charlie Blackmon on top with 33 Win Shares while two Marlins, MVP Giancarlo Stanton & Marcell Ozuna both contributed 29. Also at 29 were AL ROY Aaron Judge and Mike Trout (who only played 114 games).

SP – Win Shares agrees with the Cy Young voting as Corey Kluber led the group with 23 followed by Max Scherzer at 21. Chris Sale’s 20 and Clayton Kershaw’s 19 were close behind.

CL – Kenley Jansen’s outstanding season was the best at 19.

As always, there are some hidden tidbits in the rankings that impact both fantasy and reality baseball…

> Jose Abreu has had 100 Win Shares in his first four MLB seasons.

> Cody Bellinger has 23 shares in his ROY season.

> Brian Dozier had his best season with 26.

> To show the value of a super-utility player, Marwin Gonzalez of the Astros also had 26…for $20 Million, Carlos Gonzalez had 8.

2 thoughts on “Sharing The Wins”