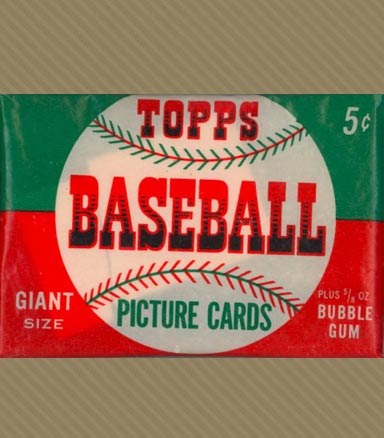 Sometimes you have to wonder how the Internet would exist without top-ten lists. Everything from household appliances to cars to “Black Friday” sales to movies, show up on your home page everyday without you even requesting the information through a search engine. Of course, those magical software engineers have reviewed your recent website searches and already know you’re considering a new car or a trip to Europe or some new underwear, so don’t be surprised that some electronic Sherlock Holmes knows your inner most thoughts. The only clue this writer has is that you like baseball and as a consequence, might have interest in the sport’s history. And nothing portrays the history of the game better than a baseball card. For well over 100 years, they’ve been imbedded in the fabric of the game for youngsters and the young at heart.

As with any “best” list, there is a natural bias due to the age of the person making the judgment. Today’s median age in this country is about 37 and you won’t find any sets listed that didn’t appear before Mr. Median was born. Another prejudice takes the form of the reviewer’s favorite set from their childhood and for “Baby Boomers”, they’ll all come from the 50’s & 60’s. So while some of you will wonder why the beautiful 1975 Topps set isn’t on the list, that’s the whole point of going through this exercise…if we all agreed, the discussion wouldn’t be fun. The values of the sets listed are based on cards in “Excellent” (EX 5) condition.

In 1955, Topps produced their first horizontal card set and some people prefer it due to the rookie cards of Roberto Clemente & Sandy Koufax. The ’56 set, however, actually improved upon the design and is one of the most beautiful ever issued. The 340-card issue has a profile shot layered over an actual action sequence of the player. The most expensive card is the Mickey Mantle (who was not in the ’55 set), representing his Triple Crown season. Included are all the great stars of the 50’s such as Ted Williams, Jackie Robinson, Hank Aaron & Willie Mays. A complete set would be about $6,000.

This was the second year issue of the Topps Company and it still stands out as one of the most artistic in the annals of the hobby. The 274 card set uses a format that bears a recognizable artistic depiction of the featured player. Both Mantle and Mays were shortprints and are the two most expensive cards in the set. You’ll also find many other legendary New York players like Robinson, Roy Campanella, Pee Wee Reese, Yogi Berra, Whitey Ford and the rookie cards of Jim Gilliam and Johnny Podres. Set aside $12,000 for this one.

This amazing set is famous for its simplicity. The 160 cards  have only a color photo of the player on the front with no name, position or team affiliation. In fact, even for veteran baseball fans, trying to see how many players you can recognize without looking at the back of the cards is a real challenge. The photography is exquisite and there are many action shots and a few multiple-player cards. The Stan Musial card is a prized collectible and you’ll also find a card that has Mantle, Berra & Hank Bauer. $7,000 will put this set in your collection.

Yes, they’re called Cracker Jack cards because they were inserted in boxes of the molasses-covered popcorn snack…and the entire set was also available through a mail-in offer. The 176 players were from the American, National and Federal League (the third major league in 1914-15) and include Ty Cobb, Christy Mathewson, Honus Wagner, Walter Johnson and the famous “Black Sox” player, “Shoeless” Joe Jackson. A set in “EX” condition is worth $60,000…say it ain’t so, Joe.

The most recent of our top ten, this 576 card set was one of many great issues of the 1960’s. Its unique format with a large photo of each player as well as a smaller, black & white image in a circle stands the test of time. Topps added many other aspects to the set with theme cards such as “League Leaders”, “Managers”, “World Series” and multi-player cards including rookie cards that showed four individual players. In that category is the highest valued card, Pete Rose’s rookie card (#537) as well as the rookie card of Pirates legend Willie Stargell. Many of the stars from the 50’s were still active in ’63 and the horizon was filled with new stars like Carl Yastrzemski, Brooks & Frank Robinson, Bob Gibson, Lou Brock, Willie McCovey and Orlando Cepeda. A $4,000 budget should get it into your collection.

This was the third year of production for the Play Ball series, but the first to add color to the cards. In addition, 1941 ended up being an enormously historic season with Joe DiMaggio’s 56-game hitting streak and Ted Williams batting .406. It also turned out to be the last year for the product as World War II changed the landscape of baseball for years to come. In addition to the Yankee Clipper and Teddy Ballgame, you’ll find Hall of Famers like Lefty Gomez, Bill Dickey, Bobby Doerr and the rookie card of Pee Wee Reese. Only 72 cards, it will still cost around $7,000 to collect.

The Bowman Company produced baseball cards from 1948-1955 and this is the most coveted of the group. The initial run was 252 cards but late in production, another 72 were added and having the rookie cards of both Mantle & Mays in that “high number” series took the set to another level for collectors. You’ll also find Ford, Williams, Campanella, Duke Snider, Bob Feller and many others. $20,000 is the ballpark price.

The “Holy Grail” for collectors of post-war baseball cards, this is the first complete set issue from the Topps Company. It includes 407 cards but #’s 311-407 were issued late in the production run and are very scarce. Ironically, the first card of the difficult series is Mickey Mantle, who went on to be the most popular player of the 50’s & 60’s. Even though it isn’t technically his rookie card, it is his first Topps card and his appeal and the scarcity of the card make it an iconic collectible. Hopefully, you’re sitting down because the Mantle card in “EX 5” condition books for $50,000. The set has many other great stars including Phil Rizzuto, Warren Spahn, Richie Ashburn, Larry Doby and the rookie card of Eddie Mathews. Even common cards from the scarce series book for $125 each. The complete set is worth over $80,000.

Produced by Big League Gum, these colorful cards set the standard for sports collectibles. They were larger than earlier issues and had great eye-appeal with their artistic illustrations. As with all sets, the real demand is created by the players featured on the cards. The 240 cards in the Goudey line-up are a who’s-who of Hall of Fame players and in many cases, the most famous ones had multiple cards in the set…including Babe Ruth & Lou Gehrig. Also included are Jimmie Foxx, Tris Speaker, Mel Ott & Rogers Hornsby. $60,000+ is the price tag.

That brings us to #1 and to hearken back to Saturday morning serials at the movie theater, we’ll leave you hanging and talk about the winner in detail during a future visit. Here’s a hint – tobacco is a key factor.