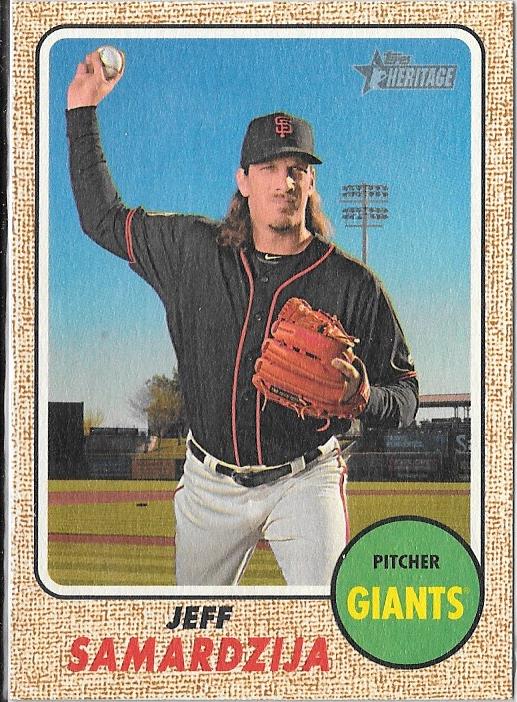 For all long as kids have looked at the back of baseball cards, they’ve had a general understanding of ERA (Earned Run Average). If you look up the definition, the general consensus is “A measure of a pitcher’s performance by dividing the total earned runs allowed by the total of innings pitched and multiplying by nine”. My baseball education taught that it was earned runs multiplied by nine, divided by innings pitched but the numbers come out the same. The premise of the statistic was to not burden a pitcher with runs that had been enabled by errors or passed balls. In other words, eliminating from the calculation events that were out of his control.

If you’ve watched enough baseball to give the definition a personal “eye test”, you already know that numerous runs score in a game that don’t necessarily fit the criteria. If a pitcher leaves the game with the bases loaded (through hits & walks) and the relief pitcher gives up a triple, the original hurler just gave up three earned runs while he was sitting in the dugout. If there are runners on 2B & 3B with two outs and a weak groundball trickles under the glove of the shortstop into left field, two earned runs score whether the fielder in question was Ozzie Smith or Dale Berra. Outcomes like these are what motivate the development of advanced baseball statistics.

In an attempt to move beyond ERA, we now have a stat called DIPS (Defensive Independent Pitching). The essential theory is that pitchers can only really control strikeouts, walks, hit batters and home runs allowed. To that end, analysts have come up with a formula to build pitching statistics that isolate pitcher performance. Once that number is calculated, they tie it to MLB’s run scoring environment so that it aligns with ERA.

The question for those of us playing Fantasy Baseball is if the DIPS numbers can assist in determining the value and predictability of pitchers. Many a team has been torpedoed by a couple of starting pitchers that didn’t perform to expectations and we’re always looking for an edge. As a 20+ year fantasy veteran has said many times, “I hate Pitchers”. Just taking a superficial look at DIPS results for the first half of the 2017 season reveals the following tidbits (stats through 7/1).

> In the AL this season, 8 of the top 10 starting pitchers on the DIPS list are also on the top ten ERA list. Looking somewhat deeper, however, we find that ERA leader Jason Vargas (at 2.22) is 7th on the DIPS chart with 3.56. The second half may show some regression for the Royals ace. (Note – This was written before his blow-up on Wednesday)

> Two AL starters seem be having some bad luck in the first half. Chris Archer of the Rays is 6th in DIPS at 3.09 but has a 3.92 ERA. Even more significant is the differential for reigning Cy Young Award winner Rick Porcello. He’s 10th in DIPS at 3.84 but has an ERA of 5.06!

> On the flip side in the AL are two over-achievers. Marcus Stroman of the Jays is 9th in ERA at 3.41 but his DIPS figure of 3.94 is more than half a run higher. The Twins Ervin Santana has been even more fortunate with a #5 ERA ranking of 3.07 but a DIPS number of 4.70.

> In the NL, six of the top ten ERA leaders also show up on the top ten DIPS list. Max Scherzer of the Nats is first on both lists with Clayton Kershaw of the Dodgers close behind with the #2 ERA and #3 DIPS. The numbers also confirm that the D’Backs’ Zack Greinke’s return to form is for real with the #7 ERA and #4 DIPS.

> Tough luck NL starters include Stephen Strasburg of the Nats with a 3.51 ERA and a 3.01 DIPS while Jeff Samardzija of the Giants wins the “don’t buy a lottery ticket today” award with the 7th best DIPS figure in the league at 3.30 compared to his 4.63 ERA.

> NL Pitchers who can thank their lucky stars so far are Gio Gonzalez of the Nats with the 3rd best ERA of 2.77 but a DIPS of 4.10 along with Mike Leake of the Cards, Robbie Ray of the D’Backs and Ivan Nova of the Bucs. Those last three all have ERA’s more than a half run lower than their DIPS number.

> Some pundits seem to think that Carlos Martinez of the Redbirds is a disappointment because he’s 6-6. The truth is that he’s penalized by expectations and his 2.88 ERA (4th) and 3.27 DIPS (5th) tell the real story.

As always, Fantasy success comes from balance, both on your team and in your scouting, so maybe DIPS has a place in your toolbox. The numbers are easily found on ESPN.com under “Sabermetric Pitching Stats”. So, the next time one of your baseball buddies asks how you are, you can reply, “I’m feeling much better now that I’m monitoring my DIPS”.

One thought on “Analyzing the DIPS”