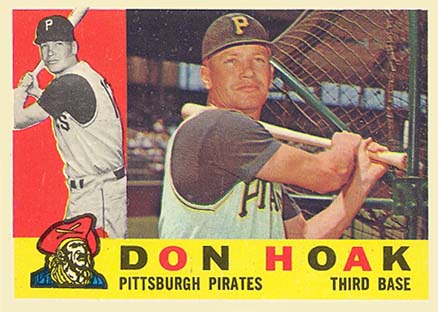 Without trying to sound snobbish or elitist, I always find myself feeling sorry for those who don’t love baseball. Clearly, much of what we love is guided by family and background, but baseball is so engrained in the fabric of America, it is always surprising to meet people who find the game boring or slow. They obviously have never had the opportunity to learn the nuances of the game and can’t  treasure the small moments. For example, even though it includes eight (or more) other players, the battle between pitcher and batter just might be the most direct confrontation in all of team sports…and it happens a couple of hundred times in every game!

A while back, I wrote an Internet column with 70 reasons why I love baseball. It was tied somewhat to my 70th birthday, so now that I’m 71, we’ll add one more and put it at the beginning of the list.

So, as an homage to the game, here are some of my personal reasons why it has meant so much to me over the years.

71) Doing what we’re doing today (talking baseball with real fans) never gets old. We can reminisce about our childhood, debate the Hall of Fame, argue about the DH and laugh all the way through. In the movie “City Slickers”, Billy Crystal and the guys are sitting around the campfire when the one girl in the group says, “No, I like baseball. I just never understood how you guys can spend so much time discussing it. I mean I think the game is great but I don’t memorize who played 3B for Pittsburgh in 1960”.  At that point, all the guys simultaneously yelled “Don Hoak”.

1) I can still remember going to the park on Sunday morning to (with apologies to Kevin Costner) “play catch” with my Dad.

2) Even though I’ve never been to the “Louvre”, it’s difficult to imagine any piece of art more beautiful than Ted Williams’ swing.

3) Booing the Yankees is something you can do at any age.

4) My brain still has a clear snapshot of that grand-slam home run I hit in Little League…to the opposite field!

5) Before the days of MLB Network, ESPN and instant replay, Jimmy Piersall was making spectacular catches in the outfield every night…and he didn’t have to make an unnecessary dive to get himself on a highlight reel.

6) Even as a kid, I realized that Mickey Mantle’s skills were different than those of other players.

7) 60+ years ago, I watched on TV as Don Larsen pitched a perfect game in the World Series…it hasn’t happened again since.

8) Instead of doing homework, I was reading every available baseball book or magazine to learn the history of the game…Babe Ruth, Lou Gehrig, Ty Cobb and so many others comprised my history lessons.

9) It was a privilege listening to Vin Scully for over 60 years.

10) The aroma of the bubble gum in a nickel pack of Topps baseball cards should be bottled as a women’s cologne…men could never resist.

11) Talking baseball with the fan next to you in the stands has nothing to do with race, religion, politics, age or sexual identity.

13) You’ll always be that 9 year-old boy who cried when Harry Agganis died at age 26.

14) There’s no such thing as a bad seat at the ballpark…only better or worse.

16) Getting your first autograph from a major league player is a moment you’ll never forget.

17) In your mind’s eye, you can still see that catch Willie Mays made in the 1954 World Series.

19) You can almost imagine the trepidation of a right-handed hitter digging in against Don Drysdale or Bob Gibson.

20) On a beautiful Summer evening at the old Wrigley Field in Los Angeles, I got to see “Big Klu” in his final season and “Yaz” in his rookie year.

21) The Pitcher can’t “take a knee” with two outs in the 9th inning so the clock can run out. In other words, “the game ain’t over ’til it’s over”.

22) As you’re scanning through the channels and “Bull Durham” appears, you’ll stop and watch to verify that candlesticks are always a nice gift.

23) You realize that Jackie Robinson was so much more than just a ballplayer.

24) Occasionally, you actually understood what Casey Stengel was saying.

25) Even Red Sox fans get teary-eyed watching Gary Cooper making that speech in “Pride of the Yankees”.

27) You’re fairly sure that the subway grate scene in “The Seven Year Itch” was the beginning of the end for Marilyn Monroe & Joe DiMaggio.

28) The sadness of hearing names like Fred Merkle, Mickey Owen, Bill Buckner & Steve Bartman is still part of the game.

29) You still laugh every time Bob Uecker explains that the proper way to catch a knuckleball is to “wait for it to stop rolling and then pick it up”.

30) You know that Mordecai Brown only had three fingers, while Antonio Alfonseca had six.

31) You consider Fenway Park & Wrigley Field to be national shrines.

32) You are aware of the fact that Joe Jackson was shoeless and Jay Dean was dizzy.

33) It is no secret to you that Lou Boudreau invented defensive shifting over 65 years ago.

35) The class and style of Sandy Koufax has never been duplicated.

36) The nickname “Charlie Hustle” was perfect for Pete Rose.

37) Hearing the crowd encouraging Maury Wills to steal 2B was like feeling electricity in the ballpark.

38) Meeting a Hall of Fame player is exciting, but when you reach the front of an autograph line and Warren Spahn looks at you and says, “Would you mind if I went to take a leak”, it’s a priceless baseball moment.

39) Going to a collectibles convention and finding out that Ernie Banks is the nicest athlete you’ve ever met, confirms your faith in mankind.

41) You got to attend a game at Camden Yards when Cal Ripken Jr. hit a home run.

42) Harmon Killebrew was a “bonus baby” and you know what that means.

43) You clearly understand the stupidity of any baserunner who tried to go from 1B to 3B when Roberto Clemente was playing RF.

44) Satchel Paige pitched three scoreless innings for the A’s in his final appearance at the age of 59.

45) Carlton Fisk’s home run in the 1975 World Series is a landmark in the televising of baseball and changed our expectation of what we should see when watching a game.

46) Bucky Dent has a middle name and it starts with the letter “F”.

47) Mark “The Bird” Fidrych had the cleanest pitching rubber in the history of the game.

49) The unique experience called “Fernandomania” was impossible to explain to anyone who wasn’t there at the time.

50) You remember where you were when Kirk Gibson hit that home run off Dennis Eckersley.

52) Sitting behind home plate in March watching the veterans shape up and the youngsters trying to impress, makes an adult feel like a kid again.

54) No matter how good the reviews, you will never go see the Broadway show “No, No Nanette”.

55) Only one major league player (Fernando Tatis) has ever hit two grand-slam home runs in the same inning and he did it against a pitcher (Chan Ho Park) who was on your Fantasy team.

57) You secretly hoped that Bo Jackson would strike out at least once just so he could break the bat across his leg.

60) Wearing the same protective cup for your entire career is an accepted practice…so is wearing mismatched socks, eating chicken before every game, covering your batting helmet with tar, jumping over the foul-line and breaking a slump by dating ugly women.

62) Each day you go to the ballpark, there’s a chance to witness sports history.

63) We live and die with our team every day…and tomorrow is a new day with another chance. “We won a game yesterday. If we win one today, that’ll be two in a row. Then, when we win tomorrow, it’ll be a winning streak”. Isn’t that what life is all about?

64) James Earl Jones’ character in “Field of Dreams” told us that “the one constant through the years has been baseball” and he was correct. When you meet someone born in the 60’s and he or she knows why the numbers 56 & .406 relate to 1941, you begin to understand the impact of the game’s history.

66) Baseball for real fans in about anticipation…how about a 3-2 pitch with two outs and the bases loaded? Or a runner on first trying to steal 2B in a tie game? Or an outfielder gliding back toward the fence for a long drive off the bat?

67)  As Humphrey Bogart once said, “A hot dog at the game beats roast beef at the Ritz”.

68) The game is all about family…just look around the ballpark.

69) Looking through a set of baseball cards from the 1950’s gives you a wonderful history lesson that tells you the identities of Dusty, Duke, Red, Minnie, Puddin’ Head, Spook, Smoky, Suitcase, Pee Wee, Junior & Rube.

70) When I got divorced, I really missed my Springer Spaniels…but I still had baseball.

Everyone reading this probably has dozens more of their own…thanks for sticking with me until the end.