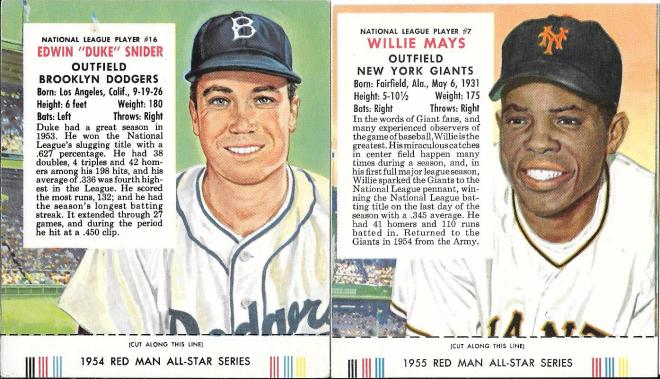 Over the years, many individuals have questioned my unbridled enthusiasm for all things baseball…live games, televised games, movies, cards & collectibles, statistical analysis and, of course, Fantasy Baseball. I’ve always been understanding of their skepticism because, after all, it takes a certain level of intelligence to really appreciate the game. The strange part is that most of these people probably have a love of something in their life that doesn’t really relate to their day-to-day existence. It might be stamps, comic books, salt & pepper shakers, art objects, model trains, holiday ornaments (remember Clark Griswold), coins or one of a myriad of other things.

Someone much smarter than me once said, “Life is more worthwhile when you can be passionate about something trivial”. I firmly believe that to be true and my relationship with baseball has brought countless wonderful memories, but it has also helped me through some very difficult times. Recall what James Earl Jones’ character said in Field Of Dreams, “The one constant throughout the years has been baseball. America has rolled by like an army of steamrollers. It has been erased like a blackboard, rebuilt and erased again. But baseball has marked the time. This field, this game: it’s part of our past. It reminds us of all that was once good and could be again”.

So, today’s visit is for all of you who know the “secret handshake” or the “password” and understand how we feel about baseball. One of the really remarkable things about buying and selling baseball card collections isn’t the profit (it’s more of a hobby than a business), it’s watching history go through your hands. In the past few years, I’ve had the privilege of helping clients with a collection of 100 year-old cards that included the likes of Walter Johnson & Christy Mathewson. Just last year, I assisted a friend with his collection that had a Jackie Robinson Rookie Card from 1948. You can’t imagine the feeling of having such history in your hands. Imagine a Civil War buff getting the opportunity to hold a copy of the Gettysburg address.

This wonderful experience has unfolded once again over the last few days as I reviewed a valuable sports card collection that my partner and I purchased. The cornerstones of the group are some mid-50’s classics including Hank Aaron’s Rookie Card from ’54 Topps, a ’53 Topps Willie Mays and a ’55 Topps Jackie Robinson.

While all those cards are great, the most fun was looking through over 50 cards from an obscure manufacturer. Starting in 1952, the Red Man Tobacco Company produced the first national set of tobacco cards since the early 20th century. They picked 25 players and one Manager from each league to fill their 52 card set and continued with the endeavor through 1955. The cards were larger than standard cards (3 1/2″ x 4″) and were sealed in plastic before being attached to the outside pouches of the tobacco product. They had a colorful and artistic likeness of the player on the front and company advertising on the back. The cards also had a 1/2″ perforated tab on the bottom of the card that could torn off and sent in for premiums such as a “Big League Style Baseball Cap”. To have full value in today’s market, the tabs need to still be attached to the cards. All four years were nearly identical in design but the player mix varied from season-to-season. While these 60+ year-old cards don’t have the same cache (or value) as the Topps issues of the era, they are certainly scarce and incredibly beautiful.

All the ones from this particular collection are from ’54 & ’55, so let’s see who I found and what their cards might be worth assuming Near-Mint (NM 7) condition.

Of course, we won’t know the real value until after the cards are graded but just seeing this cardboard up close and personal is priceless. Hope your hobby is just as much fun.