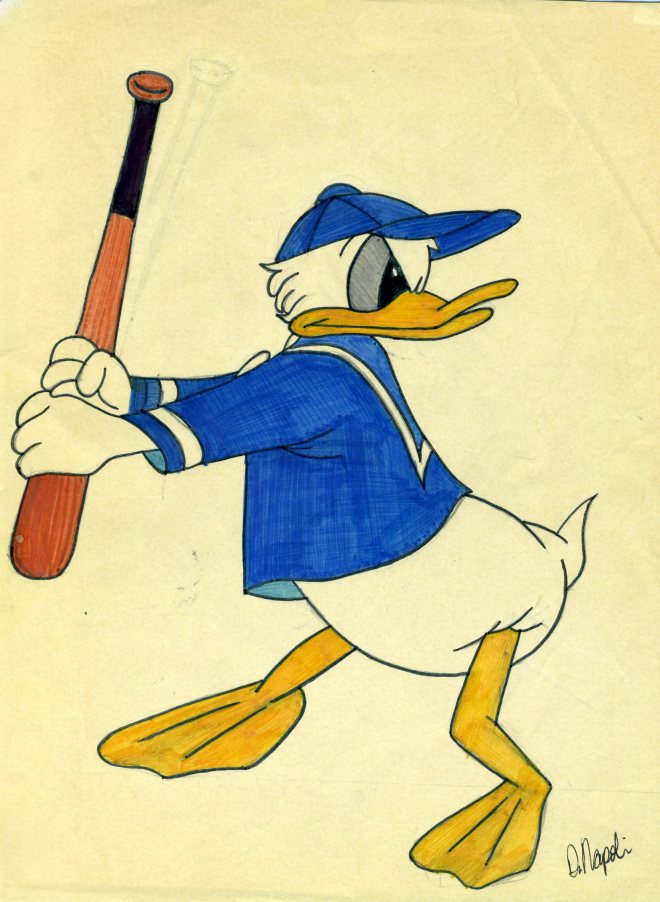 As Summer turns to Autumn and the calendar turns to October, many of you will head for the coat closet. As an Arizona resident, that isn’t really necessary, so for this visit, we’ll find a few appropriate remarks in the “quote closet”. They’ll be used to help commemorate the Old Duck hitting the Fantasy Baseball Daily Double…winning both of the Rotisserie auction-style home leagues in which I compete.

As Dizzy Dean once said, “It ain’t bragging if you can do it” but my comments will also be tempered by the advice of Fantasy Hall of Famer Ron Shandler, who reminds league winners to “Revel in your success because fame is fleeting, but also exercise excruciating humility”.

For all of us who play this wonderful game, the next few months gives us the opportunity to look back at our player decisions and wonder what we were thinking. In “The Magnificent Seven”, Bandito Eli Wallach asks Gunslinger Steve McQueen, “Why You Gringos Come Down Here”?  and he answers, “Seemed Like A Good Idea At The Time”. That could also be the answer for keeping Ben Paulsen or drafting Juan Lagares. Maybe by reviewing some of the positive and negative roster moves in two different winning scenarios, your brain cells will begin to focus on 2017. If your friends, family and colleagues don’t understand your passion for the game, remind them that Dr. Seuss suggested, “Fantasy is a necessary ingredient in living, it’s a way of looking at life through the wrong end of the telescope…and that enables us to laugh at life’s realities”.

4) Jason Hammel $1 – Always under-rated at Draft tables, this was his 3rd season on my roster…returned 33 Wins for $3.

5) Kyle Hendricks $10 – Also overlooked for his lack of “stuff”, but in a format without K’s, he’s even more valuable…won 31 games over three seasons and could be the Cy Young Award winner this year.

6) Carlos Martinez $7 – Acquired in a trade prior to the 2015 season, he added 30 Wins and great peripheral stats in two years.

7) Jeremy Jeffress $6 – Produced 27 Saves before being traded to the AL at the deadline.

1) Ben Paulsen $10 – Thought he’d win the 1B job in Colorado but he lost out to Mark Reynolds…’nuff said.

1) Ben Zobrist $22 – Not flashy but a solid player in a great line-up and good ballpark…and he qualifies at multiple positions.

3) Jon Jay $4 – Provided solid numbers for an end-gamer before getting injured.

1) Domingo Santana $27 – Even if he played well, this was an over-payment, but it all had to do with the timing at the table. Didn’t play well and then got hurt.

2) Francisco Liriano $17 – The magic of the Pirates pitching guru finally wore off…had an ERA over 5.00 before heading to Toronto.

1)  Activated Corey Seager from the Farm portion of my roster on opening day…two consecutive ROY’s is a nice foundation.

2) Replaced Mesoraco with Chris Herrmann in early May…he provided good numbers and position flexibility before the Ducks traded him for Wellington Castillo (on an expiring contract) later in the season.

3) Replaced Paulsen with Michael Bourn in mid-May and he added a much-needed 12 SB’s while on the roster.

4) Activated Jose Peraza from the Farm (also in mid-May) but the Reds sent him back down quickly. Eventually traded him for Martin Prado (another expiring contract) and his new owner will reap the benefit of a shipload of SB’s in 2017.

5) Replaced Peraza with Tommy Joseph just before Memorial Day and eventually traded him for Starling Marte in mid-July. Marte was another expiring contract and his owner was leading the league in SB’s. Joseph will potentially give him 40-50 HR’s in the next two seasons

6) Activated Trea Turner from the Farm just after the All-Star break and waited for Dusty Baker to wake up from his Summer nap to realize what the word “catalyst” means.

7) Won a FAAB bid on Maurico Cabrera in mid-July to hopefully cover the loss of Arodys Vizcaino to injury…he added five Wins and four Saves.

9) After the trade deadline, FAAB’ed three starting pitchers in Matt Moore, Jake Thompson & Ivan Nova. This was essential after losing Jeffress, Liriano & Aaron Nola. The three acquisitions combined for 13 Wins down the stretch.

If nothing else, this summary shows two strategic points…1) if you have a chance to win, go all-in and 2) even seemingly insignificant moves can make a big difference in the final outcome of a Fantasy league.

The Ducks emerged victorious with 78 points ( of a possible 96) and didn’t really have a weak category…led in BA & RBI’s to accumulate 43 points in offense…had 98 Wins to lead the league and added a 4th place finish in ERA.  It was a four-team race until early September, but the 2nd place team ended up 7 points back.

Until next time, when we’ll review the winning squad in the AL-only format, remember the words of Groucho Marx, “Those are my principles, and if you don’t like them…well, I have others”.